In a match packed full of incident, Germany – recently installed at second in the world – led 3-0 early in the second courtesy of a double from Lisa Altenburg and one from Cecile Pieper.

But two corner strikes from Lena Tice and Hannah McLoughlin had the Green Army right back in the mix going into the closing stages before a contentious Francisca Hauke goal settled the tie.

“Games against Germany are always quite physical and they’re quite fun too, so I think we enjoyed that game,” Chloe Watkins reflected.

“I think 4-2 is probably not really a fair reflection, we probably deserved a point if I’m honest. One or two things didn’t go our way but I think we played really well, we came up to it, they’re world number 3 and I think it was a really good battle, we matched them in a lot of areas.” 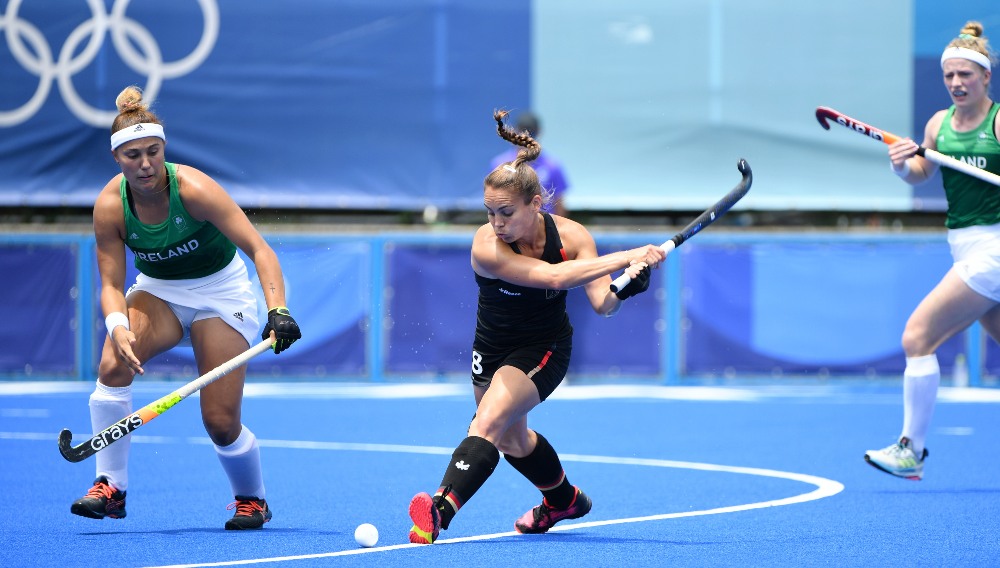 “We could have rolled over in the fourth quarter and let them come in but we didn’t. We fought hard and we knew goal difference is really important. They were really good goals, really well worked and it just showed our fighting spirit to give us confidence going into the next game.”

Germany went in front in the 10th minute in brilliant fashion. Anne Schröder wriggled out of danger and then lifted a long ball into the path of Lisa Altenburg about 40 metres from goal with open space to attack. She threw it out onto her backhand and shot early by the out-stretched boot of Ayeisha McFerran.

The Green Army responded well, drawing a couple of penalty corners, the latter of which wreaked havoc when Róisín Upton’s drag-flick half-saved by Julia Sonntag; Hannah Matthews’ batted it back into the danger zone but the German defence rallied well.

The lead was double in the 20th minute when Kira Horn cracked in an inviting cross which Cecile Pieper got in front of her marker and applied a deft finish.

It remained that way into the second half which opened with an exchange of cards, Amelie Wortmann first to depart on a green, Anna O’Flanagan following her for a harsh 10-minute yellow when she was deemed to have gone to ground dangerously.

Germany initially capitalised from the player advantage, earning a stroke from a video review when McLoughlin’s foot was deemed to have stopped the ball en route to goal. 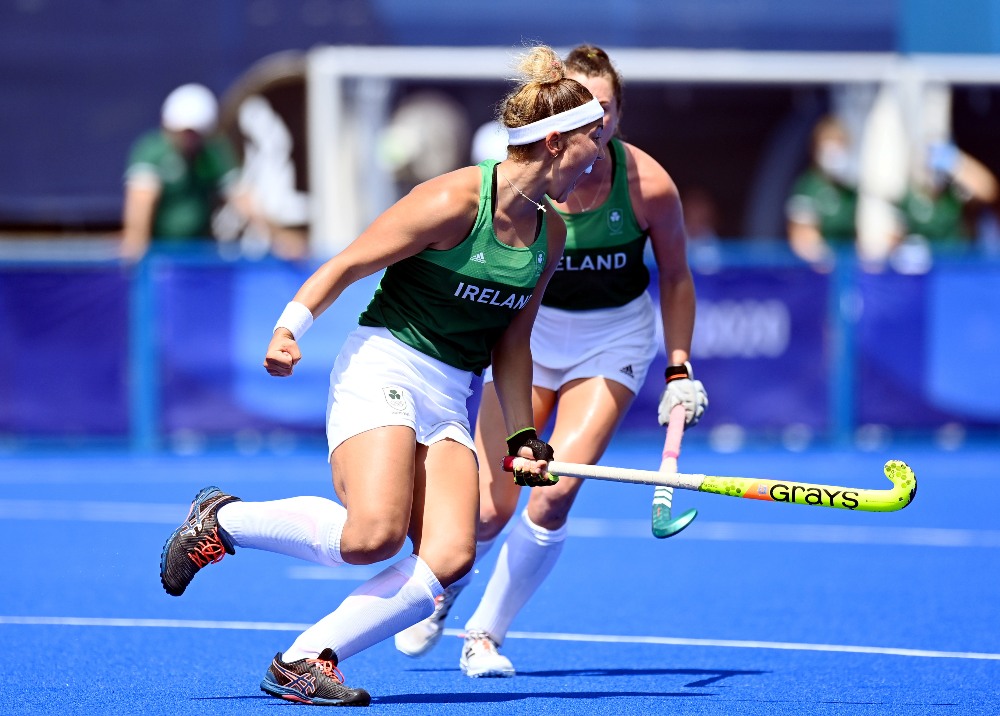 Charlotte Stapenhorst was the only German player to call for the review, her team mates actively telling her not to bother but it proved a wise decision in the end. Altenburg converted the stroke.

Ireland rallied, though, and were buoyed when Tice got them on the board from a penalty corner sweep with 18 minutes to go. It set up a rousing closing quarter in which Sarah Hawkshaw’s mazy run, a Zara Malseed snap-shot and a series of penalty corners came.

The result was ultimately settled, though, when Pieper and Altenburg combined to get the ball into the path of Franzisca Hauke who flicked home. Ireland called for video where it looked like McFerran was impeded but the decision again went against the Green Army and the goal stood.

There was still time for Malseed to have a goal disallowed for back stick in the dying moments. Nonetheless, there was plenty to take from the tie for Ireland against the European silver medalists to carry into the key tie with India.

Ireland sit fourth in the group with two games to go with four teams advancing to the quarter-finals. India fell 4-1 to Great Britain to leave them with three losses on their record and targeting the Irish game as one they need to win to keep their tournament hopes alive.

“India have strong elimination skills, the ability to crash the ball [direct] is something they are well known for,” is coach Sean Dancer’s assessment of that encounter. “Understanding their structure but also willing to front up well and I think we match up nicely against them. We will try and get on the front foot and punish them any way we can.

“We knew the Dutch and German games would be difficult and probably take care of themselves. I suppose the hard work starts now – we always knew India and GB would be where the tournament gets really interesting and we have to step up and is the main challenge.”