A new era for the Irish men’s team formally gets underway in two weeks as Mark Tumilty’s side take on the EuroHockey Championship II in Gniezno, Poland from August 15 to 21.

The eight-team competition will be their first capped matches since they missed out on the Tokyo Olympic Games in November 2019 in Vancouver.

Since then, Tumilty has used the past year to regenerate the panel and he brings with him six uncapped players in his central panel of 18 along with two more in the travelling reserves.

The competition is an important one with a top-five finish out of eight offering a ticket to October’s World Cup qualifiers in Wales. A run to the title, meanwhile, would bring vital ranking points as the Road to Paris 2024 comes into view as the Irish men look to make it back to the Olympic stage following their run to Rio in 2016.

“There were many difficult decisions to make when selecting the squad as the enlarged squad had worked extremely hard over the last 12 months,” coach Tumilty explained of the line-up.

“I feel the squad selected has a good balance of experience and youth. The squad, over recent camps against Scotland and GB, is starting to implement our playing style and it has been very pleasing that we have scored a significant number of goals. We will look to build on this as we go through the tournament.

“I look forward to the EuroHockey Championship II. We understand the importance of this tournament in securing a World Cup qualifying place. This tournament is the first step on the pathway to getting the Senior Men back competing in the major competitions on a consistent basis.  We need to start the tournament well and our focus is on the opening game against Poland.”

Four of the new faces hail from Lisnagarvey with Mark McNellis, Jonny Lynch and Ben Nelson included along with goalkeeper James Milliken who was an unused substitute at the 2019 Olympic qualifiers.

Ian Stewart will become the first current Corinthian player to line out for Ireland since Brian Doherty a decade ago and the seventh in total from the Whitechurch club.

Ex-Banbridge man and Irish Under-21 captain Kyle Marshall, meanwhile, is back in green following a spell in the Great Britain development panel, linking up again with his former club coach at Bann. He will play his club hockey with emerging London side Old Georgians in the upcoming season.

At the opposite end of the spectrum, record goalscorer Shane O’Donoghue made a welcome return to the line-up for July’s camp in Glasgow, scoring five times in two games.

Sean Murray, 24, will captain the side and he is among a number of players who lined out in the Belgian league last season, reaching the top eight playoffs with KHC Leuven – the others are goalkeeper Jamie Carr and Luke Madeley.

Lee Cole, Michael Robson, Daragh Walsh, Jeremy Duncan, Ben Walker, Johnny McKee and Tim Cross bring the relative experience to the table while Peter McKibbin will add to the single cap he picked up in 2019.

It follows a productive summer with Ireland winning two separate uncapped series against Scotland and also a trip to Bisham Abbey, putting it up to the Great Britain Olympic team ahead of their departure to Tokyo. 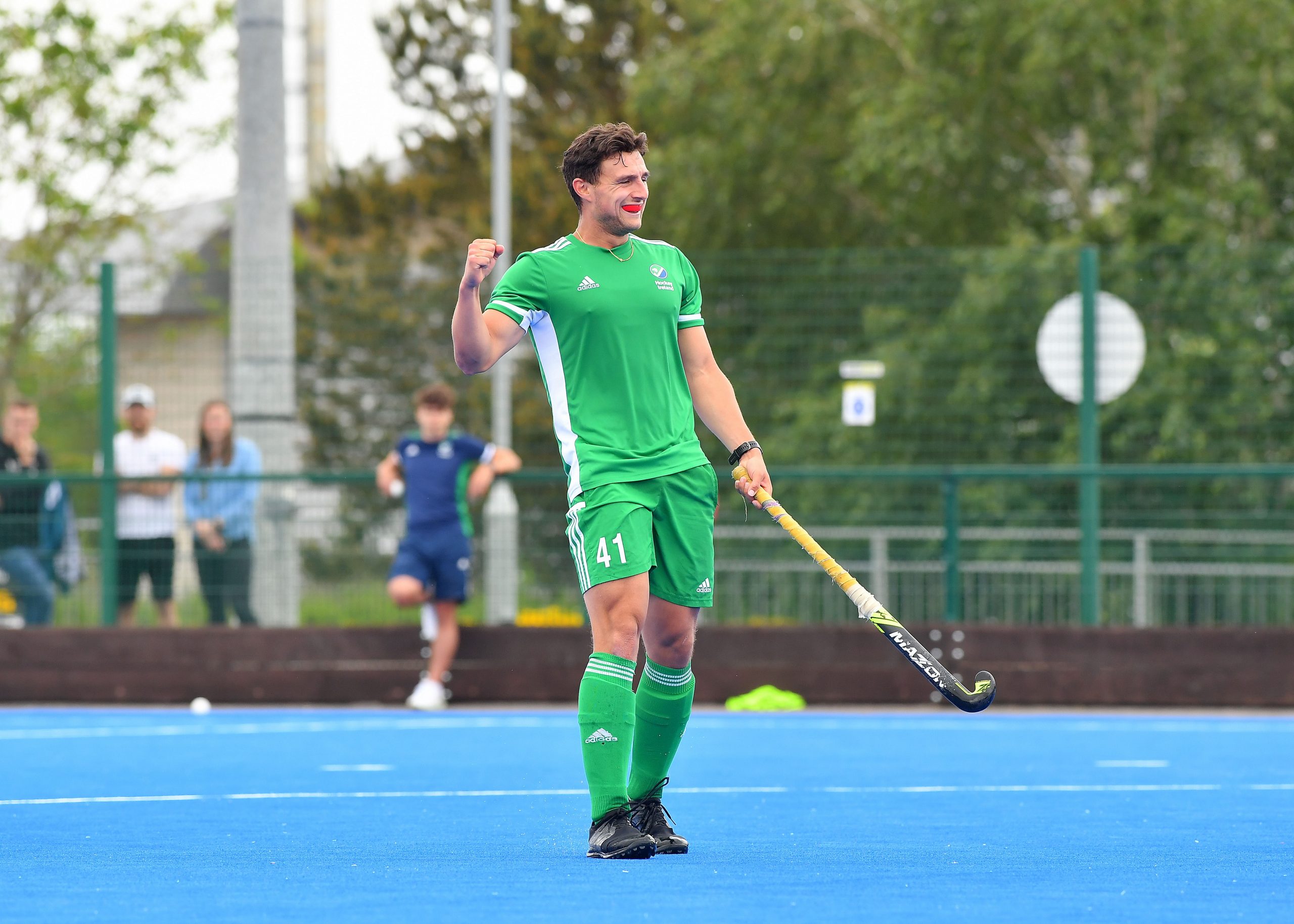 Ian Stewart in action for Ireland against Scotland in an uncapped match, June 2021, Jordanstown

In Poland, Ireland will start off with a date against the hosts – ranked 26th in the world – on Sunday, August 15. They can potentially field former Railway Union and Leinster underage player Mateusz Nowakowski amid a similarly fresh-faced side.

Game two is a date against Italy (ranked 23rd) before concluding the group stages against Croatia, a first meeting between the two countries.

A top two finish will earn a World Cup qualifier ticket and a place in the semi-finals; miss out on those spots and the side will still have a chance to contest for the fifth ticket on offer in the classification matches.

Ireland will conclude their preparations with four matches this week against a GB elite development panel. These games take on place on Wednesday, August 4 (7pm) and Thursday, August 5 (7pm) featuring members of the wider panel while the Euro panel will play the same opponents on Saturday, August 7 (3pm) and Sunday, August 8 (11am). This series will be played at Lisnagarvey’s Comber Road venue.