The official schedule for the Hero Men’s Asian Champions Trophy has been announced by the Asian Hockey Federation. The tournament will commence from the 18th of October, and the final will be played on the 28th of October.

The Hero Asian Champions Trophy will be 5th Edition of the event. India and Pakistan have dominated the titles table, winning twice each.

The first edition was held in Ordos, China, in which India defeated Pakistan in the penalty shootout.

Pakistan won the 2012 edition in Doha, after a thrilling 5-4 encounter with India.

Pakistan retained their title in 2013 in Kakamigahara, before India took the trophy home in the latest, 2016 edition in Kuantan, Malaysia.

Malaysia have made four appearances in the event and have won Bronze on all four occasions.

The Asian number 3 side and a team known for its high-intensity performances, Malaysia will surely seek to build-up on their previous performances and claim one of the top two podium positions.

Japan is the only other team to have finished on the podium, winning Silver medal in the 2013 edition.

Korea, and hosts Oman, will make their third appearance of in the tournament. 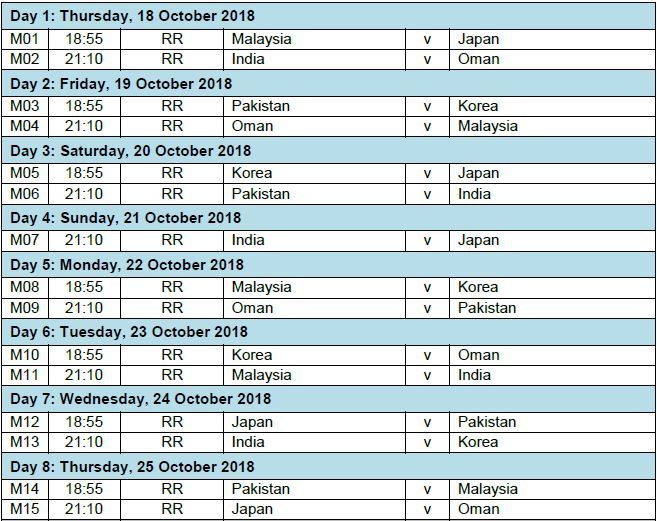