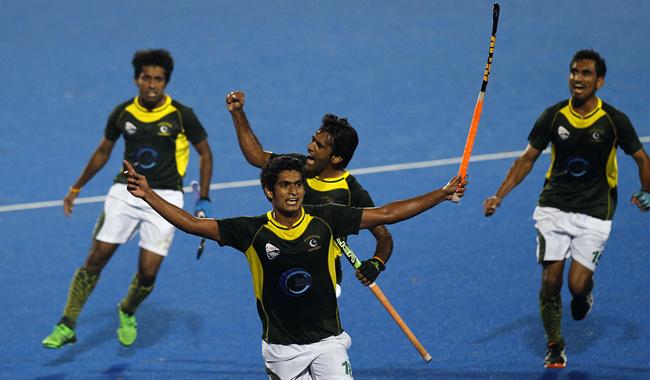 ISLAMABAD: Pakistan has convinced Spain for a four-match test series in May after the national team was not invited by Malaysian Hockey Confederation for the upcoming Sultan Azlan Shah Cup, to be staged from April 26 in Malaysia.

“It was really disappointing for us to be ignored like that. But now we think it is a blessing in disguise for us as Spain has agreed to play four test matches with our national outfit in the month of May,” Secretary Pakistan Hockey Federation (PHF) Shahbaz Ahmad Senior told APP on Friday.

Pakistan withdrew from the Sultan Azlan Shah Cup in 2014, but they have been regularly taking part in the event since its inception in 1983. They have been winners of the event in 1999, 2000 and 2003, while they finished runners-up six times, last time in 2011.

Shahbaz said that the organizers did not elaborate the reasons for not inviting Pakistan. “We’ve played a key role to promote hockey in that country (Malaysia), but it is unfortunate they did not invite us for the event this time. We’ve also not been told the reasons of not being invited this time,” he said.

“Initially; we thought that if we’ll miss the event our preparations for the World Cup qualifying round will be badly affected. But now as Spain has agreed to play the series with us ahead of that (qualifiers) we believe will be in a better position to prepare our team as to compared to play in Azlan Shah Cup,” he said.

The PHF secretary said Pakistan were already on tour of New Zealand and Australia to play a bilateral series with the two countries. “Matches in New Zealand, commencing today will end on March 23. While the Australian leg of the tour will start from March 28,” he said.

Australia are currently ranked as the world’s top hockey side as per International Hockey Federation (FIH) rankings, while New Zealand are ranked 8th. The experience gained during these two series and then against Spain will help Pakistan prepare for the all-important Hockey World League’s semi finals to be held in London in June this year which doubles up as the 2018 World Cup qualifier, he added.